Forms a decorative “pentagram”, or five-pointed star, which appears everywhere from Converse sneakers to the flags of various countries. 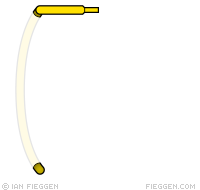 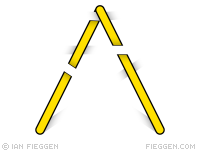 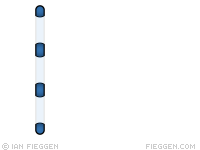 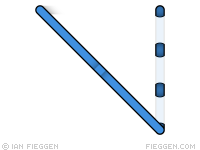 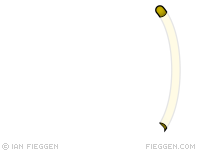 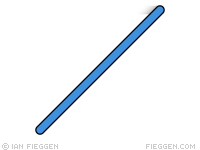 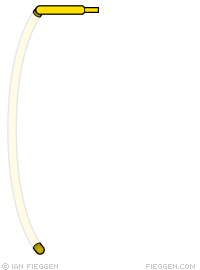 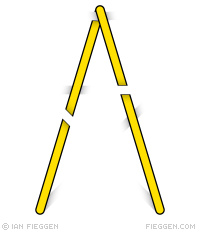 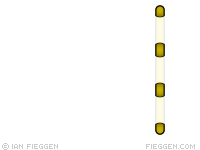 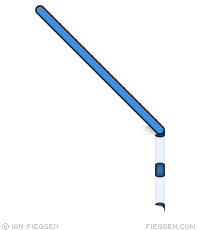 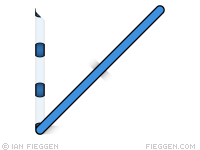 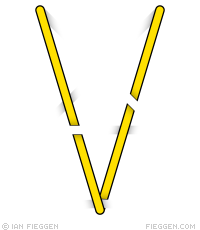 • Begin straight across on the outside (grey section) and in through the middle eyelets. Adjust so that the left (blue) end is a little longer than the right (yellow) end.

• The left (yellow) end then runs all the way up the inside to emerge through the top left eyelet.

• Begin straight across on the outside (grey section) and in through the eyelets one row below the middle. Adjust so that the left (blue) end is a little longer than the right (yellow) end.

• The blue end then finishes by running straight up on the inside and out the top right eyelet.

• The yellow end then finishes by running straight up on the inside and out the top left eyelet.

• Variation 2 forms an inverted pentagram, which will appear upright when looking down at your own shoes

• If the crossovers of the laces are carefully woven as shown, the centre of the pentagram will have all the “overpasses” running clockwise, which helps to maintain the shape more securely.

• This lacing works best with thinner or flat laces because several eyelets have to accommodate two passes of shoelace.

• When feeding a second pass of shoelace through an eyelet, take care that the aglet (shoelace tip) doesn't catch on the shoelace fibers and cause any damage.

• These diagrams are drawn with the pentagrams fairly symmetrical and centered. Running the horizontal sections through different eyelets will change the proportions of the five points.

• An inverted pentagram (see above), particularly one inside a circle, is used by some people as a Satanic or occultic symbol.

Both a regular and an inverted Pentagram squeezed into one shoe.

Both the Pentagrams have been modified to use the centering loops.

“Pentagrams” for looks plus “Over Unders” for lacing tightly.

Longer ends if existing shoelaces are re-used (+1% on average).