Created in conjunction with PUMA in Sep-2017 in support of marriage equality in Australia. Consists of my Ian's Secure Shoelace Knot (with its central “Equality” symbol “=”) symbolically tied at the side of the shoe.

Behind the Scenes Photos

In Oct-2017, PUMA sent a film crew to our home to film a “profile piece” about Professor Shoelace and the Equality Knot. Here's a gallery of “behind the scenes photos” taken during that filming. 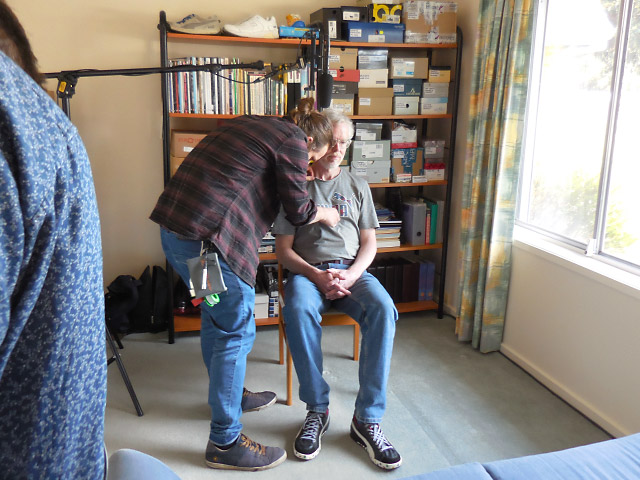 We shifted some furniture around in my office so that we could could use my wall unit – which is filled with sneaker and shoelace stuff – as a backdrop. The audio guy is currently fitting me out with a portable mike. 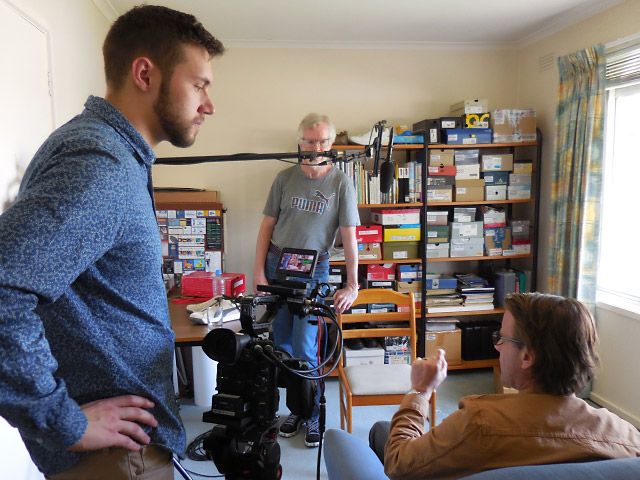 We've finished filming a bunch of questions and answers. Now the cameraman, the director and I are discussing what to film next. 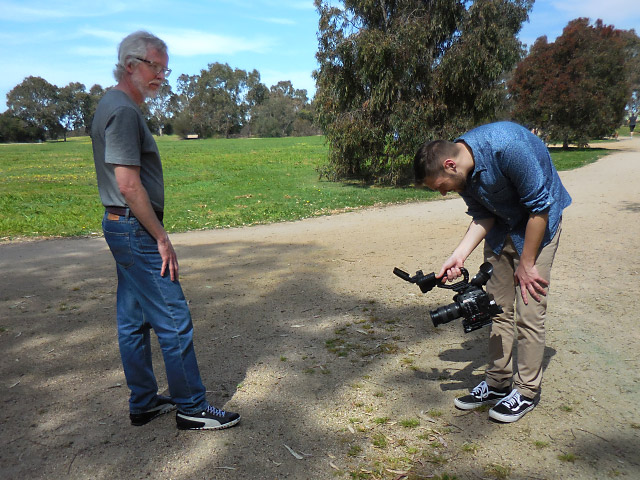 It was a great day to head outside and capture Professor Shoelace in his local environment. First stop was our nearby park, where we filmed action sequences of me walking in one of my pairs of PUMA sneakers. 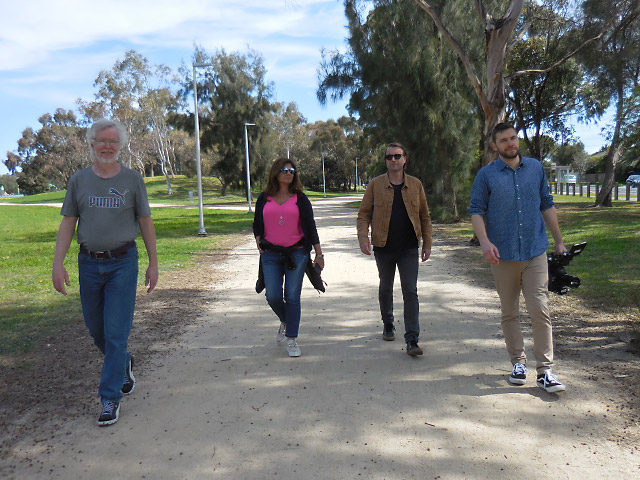 Heading out of the park, my partner, Inge, took this nice candid shot of me with three of the four crew. 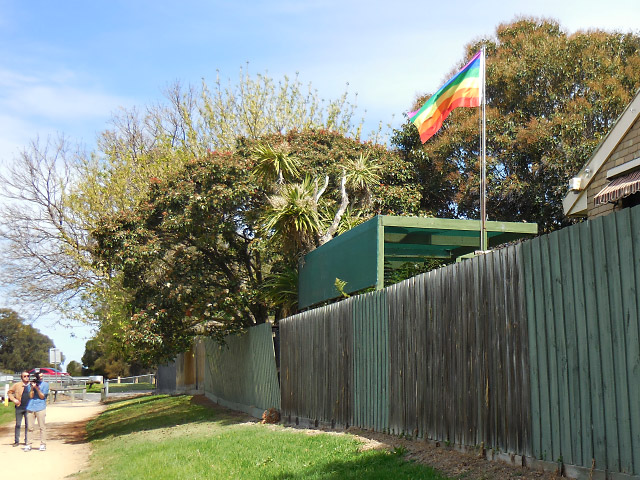 We even stopped to take some footage of this rainbow flag, which I'd noticed recently flying in the yard of a house overlooking a nearby walking track. 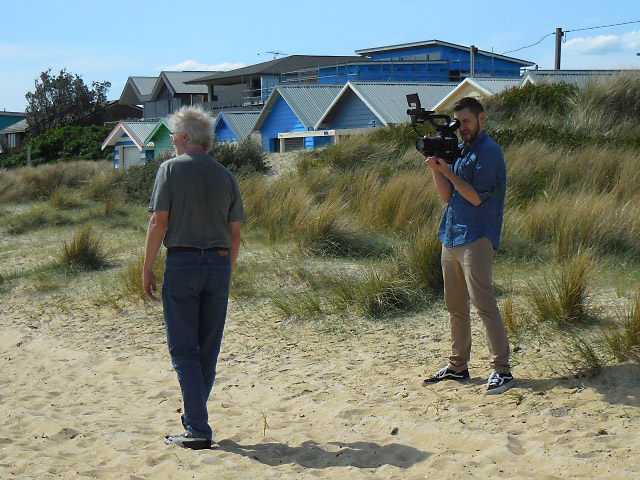 Final stop was our local beach. Inge and I swim here almost daily during the warmer half of the year, but this was about a month too early. We thus made do with sitting on boatshed ramps and standing by the water's edge.

After about a half-day of filming, the crew headed off. Then it was the studio's turn to work their magic, resulting in a tight finished video of barely a minute and a half. So much good footage always seems to go to waste – and yet – the finished result didn't seem to lack anything. Kudos to the editors!

Full Instructions for the Equality Knot.

Identical knot, only tied across the top of the shoe instead of at the side.